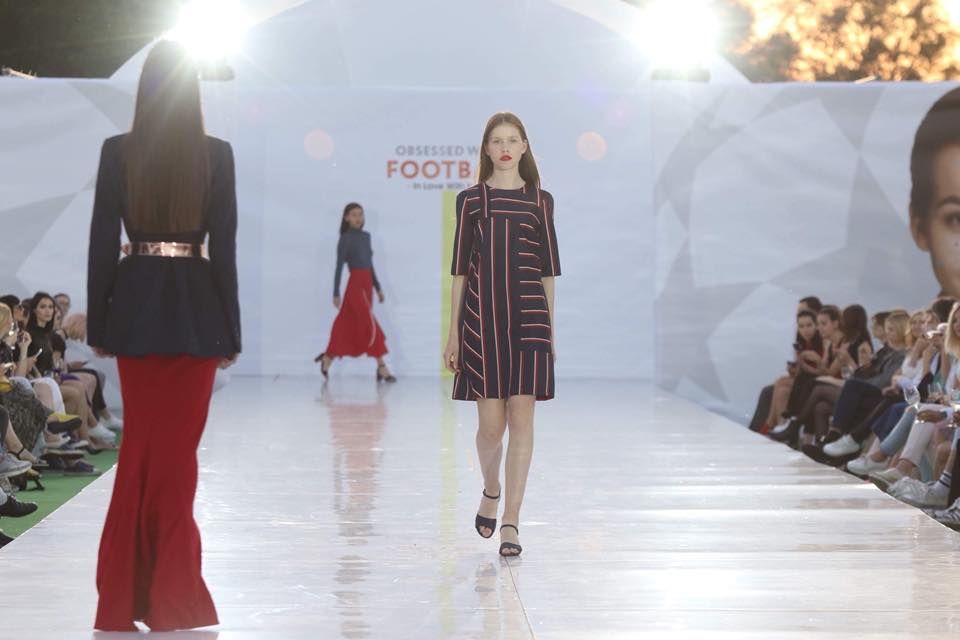 On May 25, 2018, on the eve of the UEFA Champions League final, leading Ukrainian designers presented haute couture collections on the “UEFA Fashion Picnic”. The designers of Ukrainian Fashion Week, Poustovit, Golets, NNAMUZA, FROLOV, AMG, Kir-Khartley and others among them, have developed 50 evening looks in the colors of the emblems of the tournament finalists — Real Madrid and Liverpool. The organization of the event was supported by the Kyiv City State Administration, the team of Ukrainian Fashion Week and CFC Consulting. On top of Ukrainian fashion creativity, the guests of the capital were treated to Ukrainian traditional cuisine in a modern interpretation, so-called “Ukrainian Fusion”. The highlight of this event was the premiere of the unofficial anthem of the UEFA Champions League Final 2018, which was performed by the young and talented singer Nastya Baginskaya.