[:en]What makes a company great? Its mission. Some companies just sell services, but a giant like Amazon wants to be the company that cares most about its customers. One company simply produces food, while Danone tries to provide as many people as possible with quality food. The same thing is true with pharmaceutical companies: there are hundreds of drug companies, but only a small proportion of them aim to change the healthcare system around the world.

In a previous article, I mentioned that Ukrainian pharma companies urgently need to invent new tools or improve old ones, to fight for their customers. This recommendation is even more relevant with a looming moratorium on drug advertising starting in 2024. This is where a company’s social mission beyond mere profit can become the key to gaining and maintaining customer loyalty.

Above all, Ukraine’s pharma should look at the global experience. According to a Wunder Thompson study, 85% of Generation Z believe that a brand should be about something more than just profit. This should spur thousands of companies around the world to reconsider their approach to doing business. Even the biggest competitors can be the best examples of when mission becomes more important than profit. In 2019, Burger King suspended the sale of its Whoppers for a day so that McDonalds could raise as much money as possible from the sale of Big Macs. Why? Because that day McDonalds said it would donate all the money from the sale of its most famous burgers to fight childhood cancer. And so, 73,000 more Big Macs were sold in one day than on the same day in 2018. 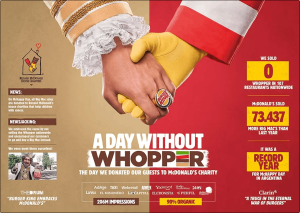 Another great example of where the mission came above profit was a joint effort by Microsoft, Google and IBM. Last year, the three giants announced they were joining forces to develop secure cloud storage, because of the large number of hacker attacks that threatened personal and corporate data around the world. The main goal of this unexpected partnership was to make possible a comfortable transition to cloud storage for people around the world.

Equally striking is the fact that in the midst of the COVID-19 pandemic, Merck, one of the world’s largest pharmaceutical companies, provided its competitor, Johnson & Johnson with one of its vaccine-producing facilities. This helped speed up vaccine production and significantly increased the number of people vaccinated in the United States.

In fact, pharmaceutical companies are fairly active agents of social responsibility. Educational foundations, patient care, participation in the government’s “Affordable Drugs” program are just a few examples of such efforts. As another example, Roche Ukraine became a real leader in the fight against lung cancer in two years. In 2020, the company launched a light show with drones under the slogan “The disease that no one sees,” and in 2021 showed the lungs of rapper Alyona Alyona on city lights and encouraged everyone to read rap without holding their breath. Farmak has been doing a great project for young people with its “Eco School” for many years. In fact, there are many such examples of pharmaceutical companies drawing attention to important health issues.

Yet, too often the pharmaceutical market ignores disease prevention. Some companies might respond that prevention campaigns will reduce the number of patients who buy their drugs. In Ukraine in 2020, 54% of the population considered themselves healthy, and 57% signed up for preventive medical examinations. This group could become new supporters of pharmaceutical brands. Reaching them, however, requires a separate approach.

While researching social campaigns of the market, we could see that Ukraine’s media space offers no platforms where people can carefully explore ways to prevent diabetes or cardiovascular problems. There are only a few articles or recommendations from the Ministry of Health. Too often such information is simply ignored or people can’t find advice as to what exactly might help. Moreover, there are no public awareness campaigns to prevent or combat ophthalmic, gynecological, immunological, gastrological, or dermatological diseases—or even allergies.

Pharmaceutical companies have far greater resources to promote a particular issue than any government agency. If one company takes the risk and becomes the first to actively promote prevention, that company’s profits might increase significantly. And its employees, who are the key to making a profit, will benefit the most from this. A global study by Deloitte found that in companies with a strong mission, 82% of management and employees are confident that the company will grow the following year. In companies with a lower sense of mission importance, the figure was only 48%.

So here are some recommendations for a prevention campaign:

1.Come up with the most powerful message.

It could be provocative or aggressive, but such slogans do work. An example is a great campaign to inform young people about HIV. In 2016, MTV encouraged young people to get tested for HIV in a way that young people appreciated. More about the results of the campaign at the link. 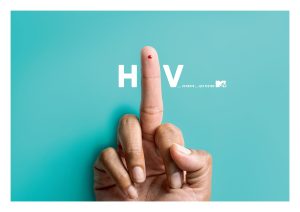 A social network page, a separate site, a phone app or even a chatbot are just some of the tools people can use to get information. There is no need for anything complicated. Just focus on simplicity and accessibility. And provide a personalized approach—if possible, targeting information about the issues that concern a given user the most. Deloitte offers some excellent advice on health-oriented social campaigns.

Invite the government to cooperate or invite companies that make products associated with health problems to cooperate. If you want to run a lung cancer prevention campaign, consider joining forces with tobacco makers.

You don’t have to be big to be a truly great company. What matters is doing something that really has a positive effect on the community. Pharmaceutical companies already make plenty of money on drugs, so just advertising new drugs is hardly innovative. Those companies that put public health above their own profits are the ones who will attract millions of ordinary folks.