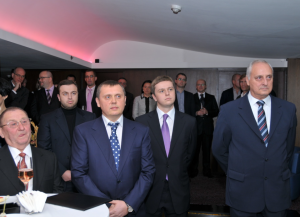 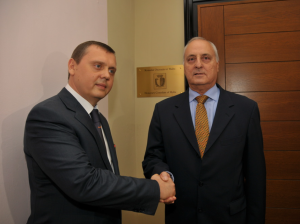 The Honorary Consulate of Malta in Ukraine is officially unveiled in Kyiv. The Ambassador of Malta to Poland and Ukraine (with residence in Warsaw), H.E. Mr. Godwin Montanaro, and recently appointed Honorary Consul Mr. Pavlo Grechkivsky, took part in the opening ceremony.

Mr. Godwin Montanaro cut the red ribbon at the official opening ceremony. “Malta will continue to rely on the expertise and advice of Mr. Pavlo Grechkivsky in the fostering and developing of commercial and cultural links between the two countries,” said the Ambassador at the evening reception. In addition to the official opening ceremony and evening reception, there were also  official organized visits to the Ministry of Foreign Affairs in Ukraine and the Kyiv City Council. CFC Consulting has taken part in projects with the Honorary Consulate since 2002.